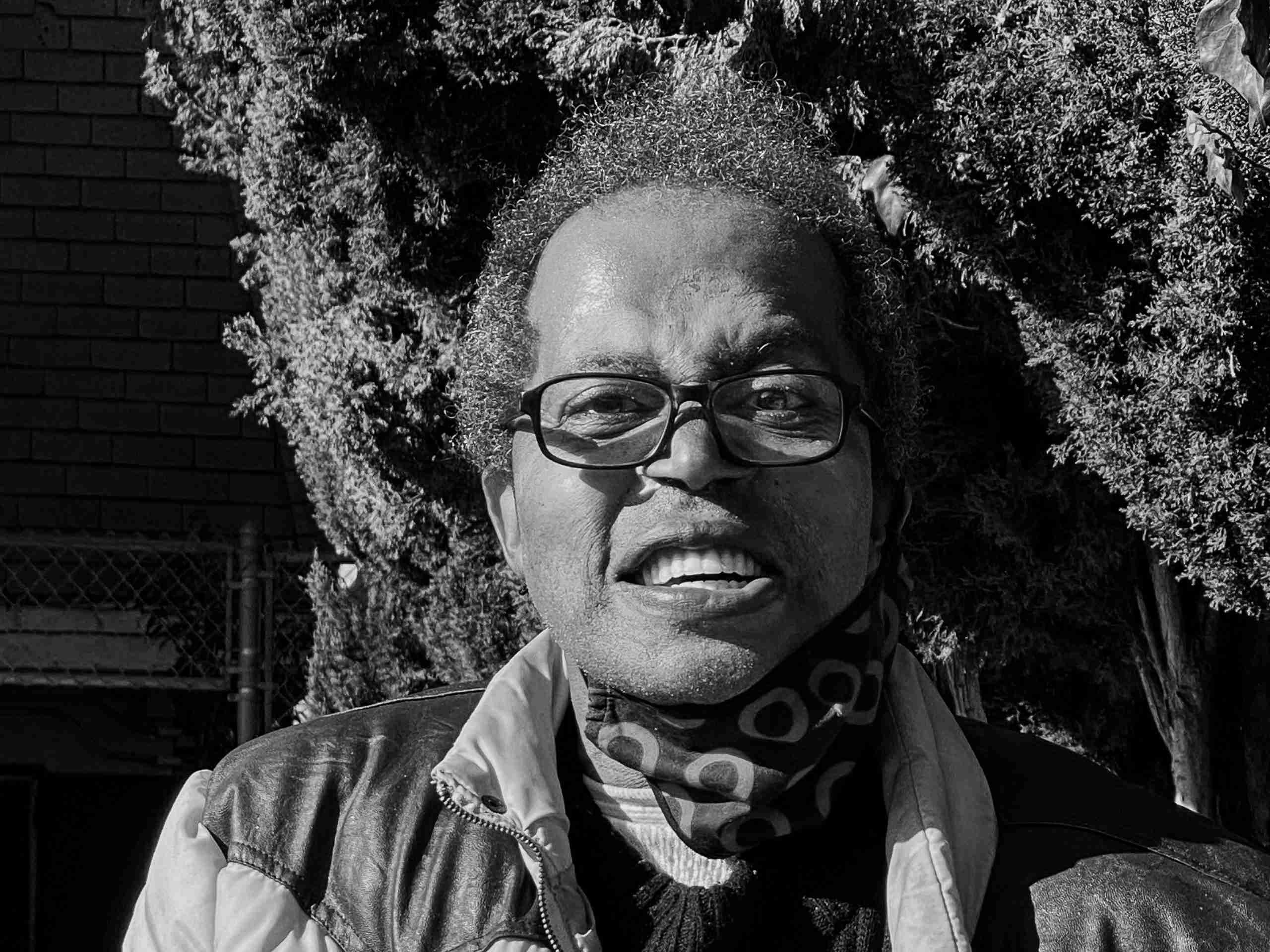 I have to admit that this project is still causing me quite a bit of anxiety. I wake up at night wondering how I’m possibly going to ask 52 strangers if I can photograph them. But, that anxiety is one of the reasons that I’m doing this project. So, I’ll just take it one step at a time.

And speaking of one step at a time. Today as I was leaving the pharmacy, I met Fred. I was waiting for the light to change so that I could cross the road when I noticed an older gentleman trying to manage a bag and his cane. I hung back to ask if he needed help. He asked for directions, so I looked up the address on my phone. As I began to give him directions and show him the way, he mentioned that he had very poor eyesight and sometimes couldn’t remember how to get home.

I told him I would show him the way, and off we went. He was less than half a mile from home, but it was a slow walk. Fred had a stroke almost two years ago that affects the left side of his body. He uses a cane and walks with a limp, but there he was, out walking. He told me that exercise was good for you. As we walked, he told me that he had gone to CVS to get a new calendar and got turned around going home.

We had to stop multiple times along the way. Fred has had poor eyesight and glaucoma since he was a child, and his glasses kept fogging up due to his mask. He would have to stop, put his bag and cane down, and wipe his glasses. Then we were off again.

I offered to carry his bag for him, and I noticed that in addition to his calendar, he had chocolate chip cookies. He offered me one of course, but I wanted him to be able to enjoy every last one of them. He told me he loved cookies, and he also loved wine, especially Zinfandel. We had a good laugh and I told him, “Who doesn’t like wine and cookies”!

The longer we walked, the more he shared with me. He grew up in Richmond, never had kids, and doesn’t have any family living nearby. He and his girlfriend lived together until she passed away eight years ago. He still spoke so highly of her. He told me how smart and pretty she was, and that she took great care of him when they were together. He shared that he used to love cooking for her.

Since his girlfriend’s death, he’s lived at a board and care center. He told me how much he loved going to the senior center, where he would go to sing and dance! He hasn’t been able to go during the pandemic and he misses it. He also shared that he’s saving his money for a trip to Vegas. He’s never been and he really wants to go. He told me he has a birthday coming up this month, and he thinks he’s 76!

It took 45 minutes to walk the 0.4 miles back to Fred’s home and we chatted the entire way. I had shared that I was a photographer, and I asked if I could take his picture. He told me loved having his picture taken, and when he pulled down his mask, he was grinning from ear to ear.

Fred was definitely one stranger that I’m glad I met. Happy early birthday Fred, and thanks for the walk.