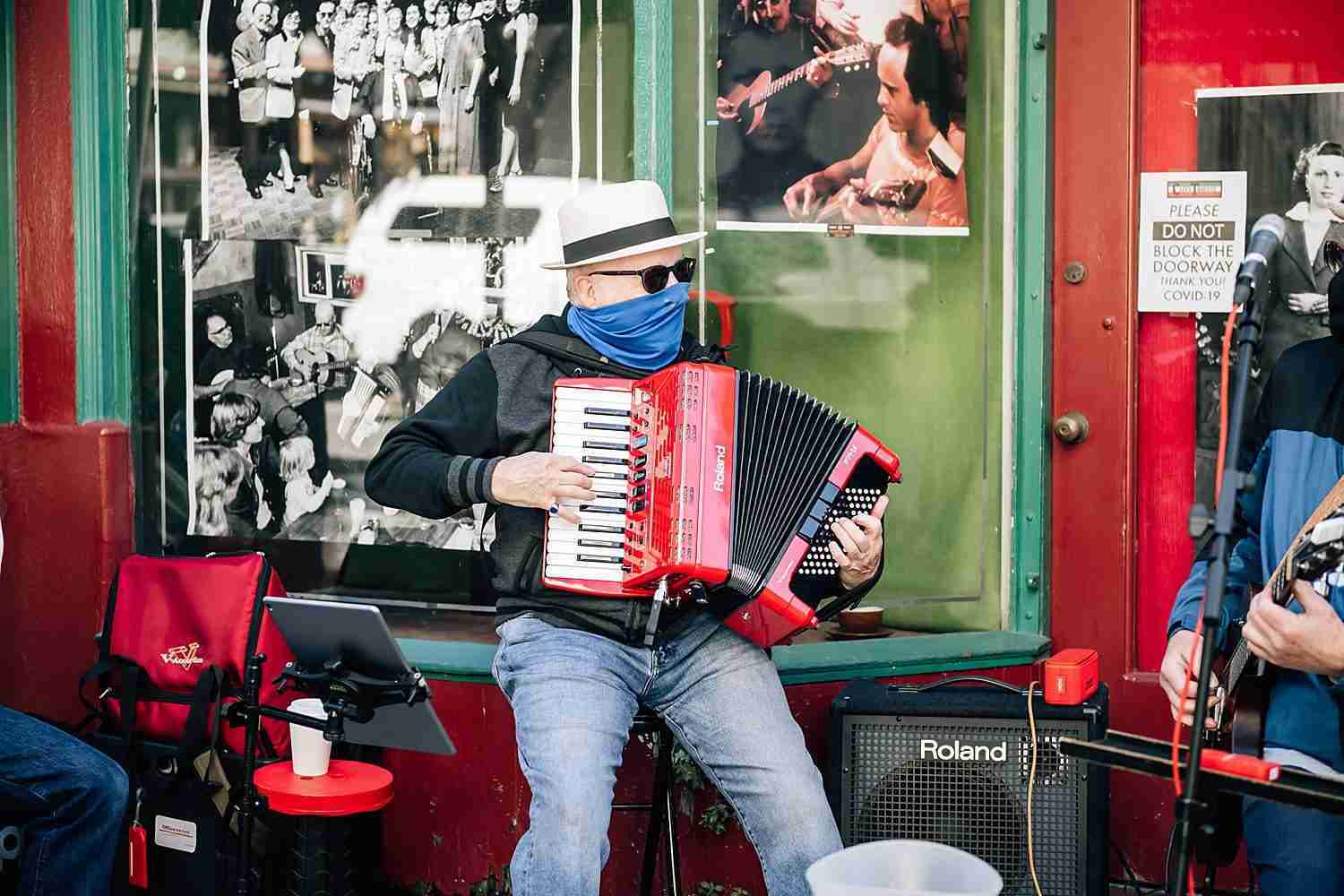 I have to admit that there are aspects of the pandemic that I have enjoyed. I love seeing families out together picnicking or playing outdoors. And I really love outdoor dining. It feels so European. I love the open air, people watching and music, oh the music.

On a recent weekend in San Francisco, we ate lunch at Sotto Mare. They did an amazing job with social distancing! Not only was the food amazing, but I loved hearing music from all of the surrounding restaurants. It was very festive and overall a great experience.

Leaving Sotto Mare, we wandered by Caffe Trieste. Boy, we were in for a treat. They have a long history of having live music, and while it has changed during Covid, the tradition has continued. They currently have musicians one Saturday a month, and we were lucky enough to be there on the right day. 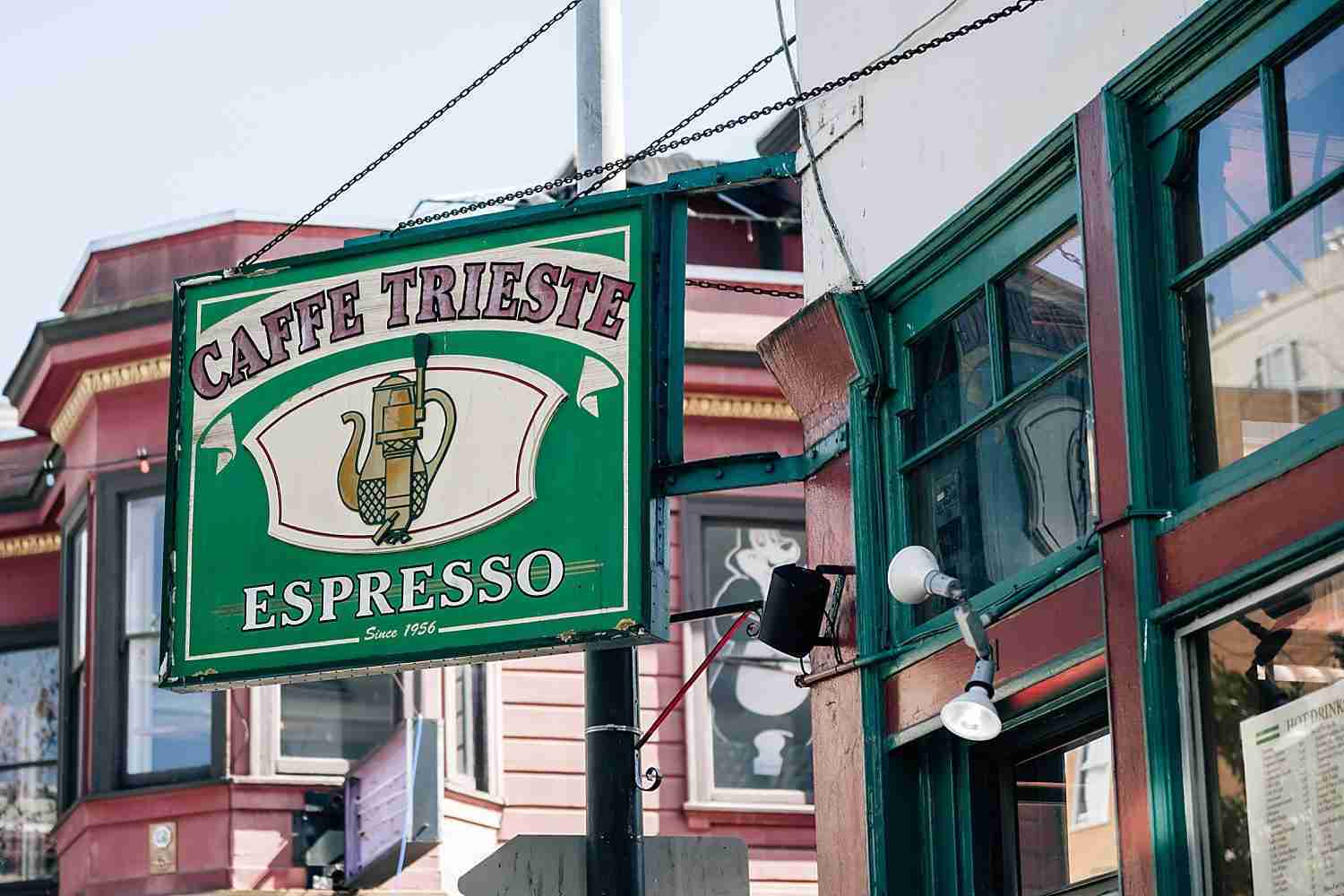 I met David and Ron, professional musicians with an impressive resume. 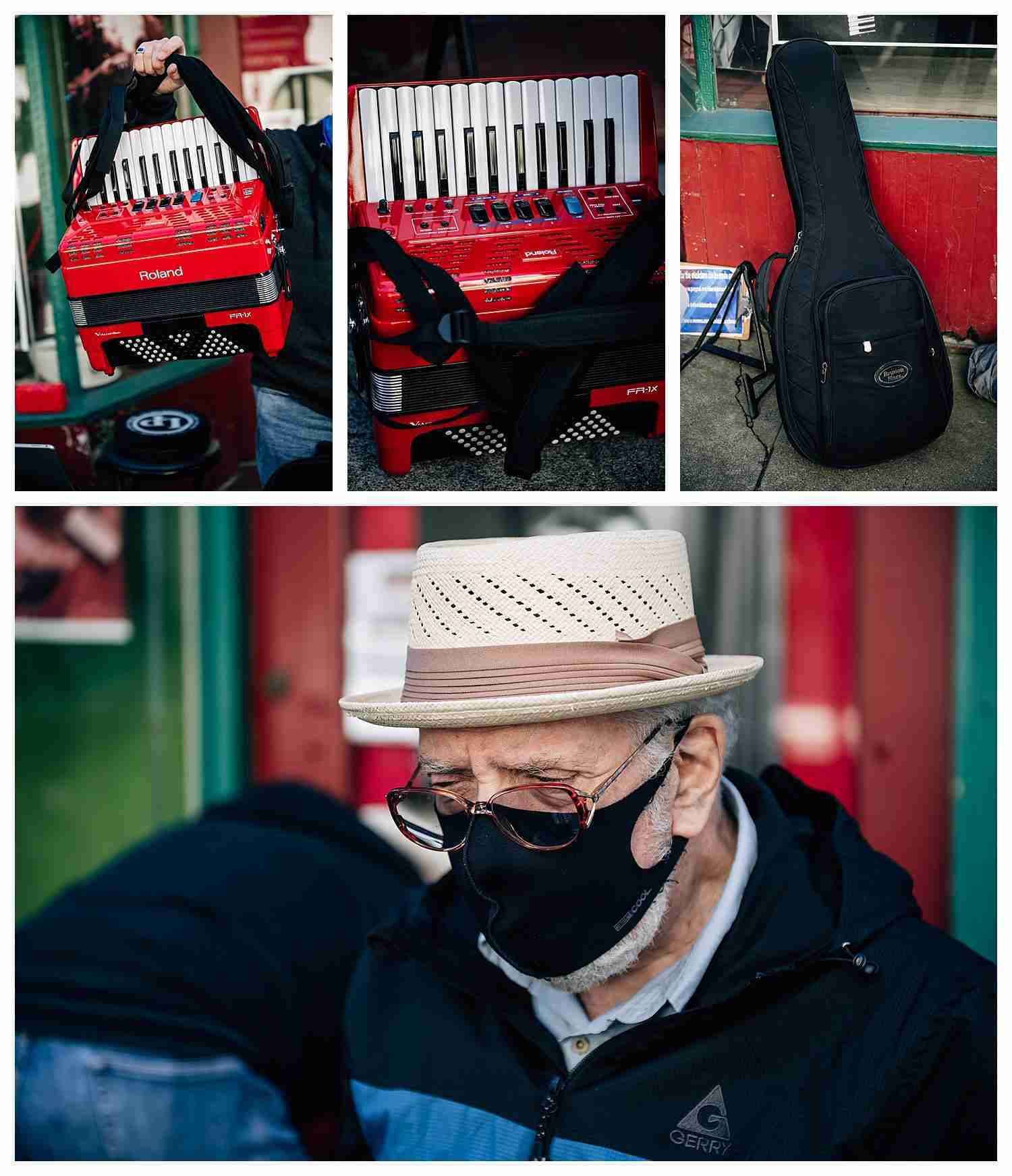 David Surdevant was on guitar and harmonica. He has been a professional musician for more than 30 years. He’s currently the music director at Plymouth United Church in Oakland. He’s also the founder of the Medicine Ball Band. He told me his biggest venue was the Opera House in St. Louis. He recently played for a birthday party in Kenya via zoom. 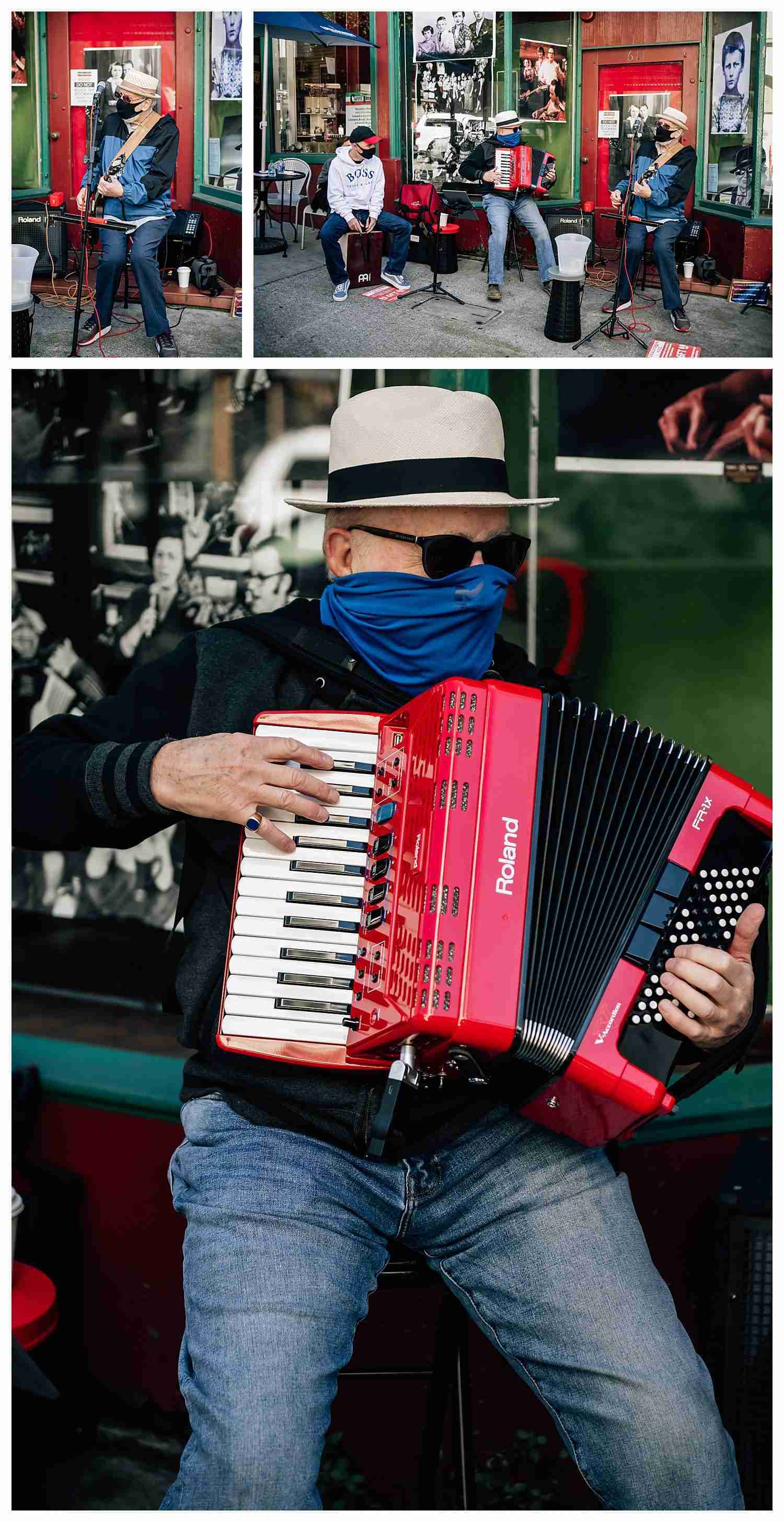 Ron Sfarzo was on accordion and was joined by his son on percussion and his wife, Maryann, on vocals. Ron also has a very long and impressive musical career. He started as a musician when he was still in elementary school playing with his father and brother. He later became a concert pianist with Wurlitzer, Baldwin, Lowery, Hammond, and Roland Keyboard Companies. He has performed for Steve Miller, Charo, George Shearing, George H. W. Bush, Henry Kissinger, and Francis Ford Coppola, just to name a few. 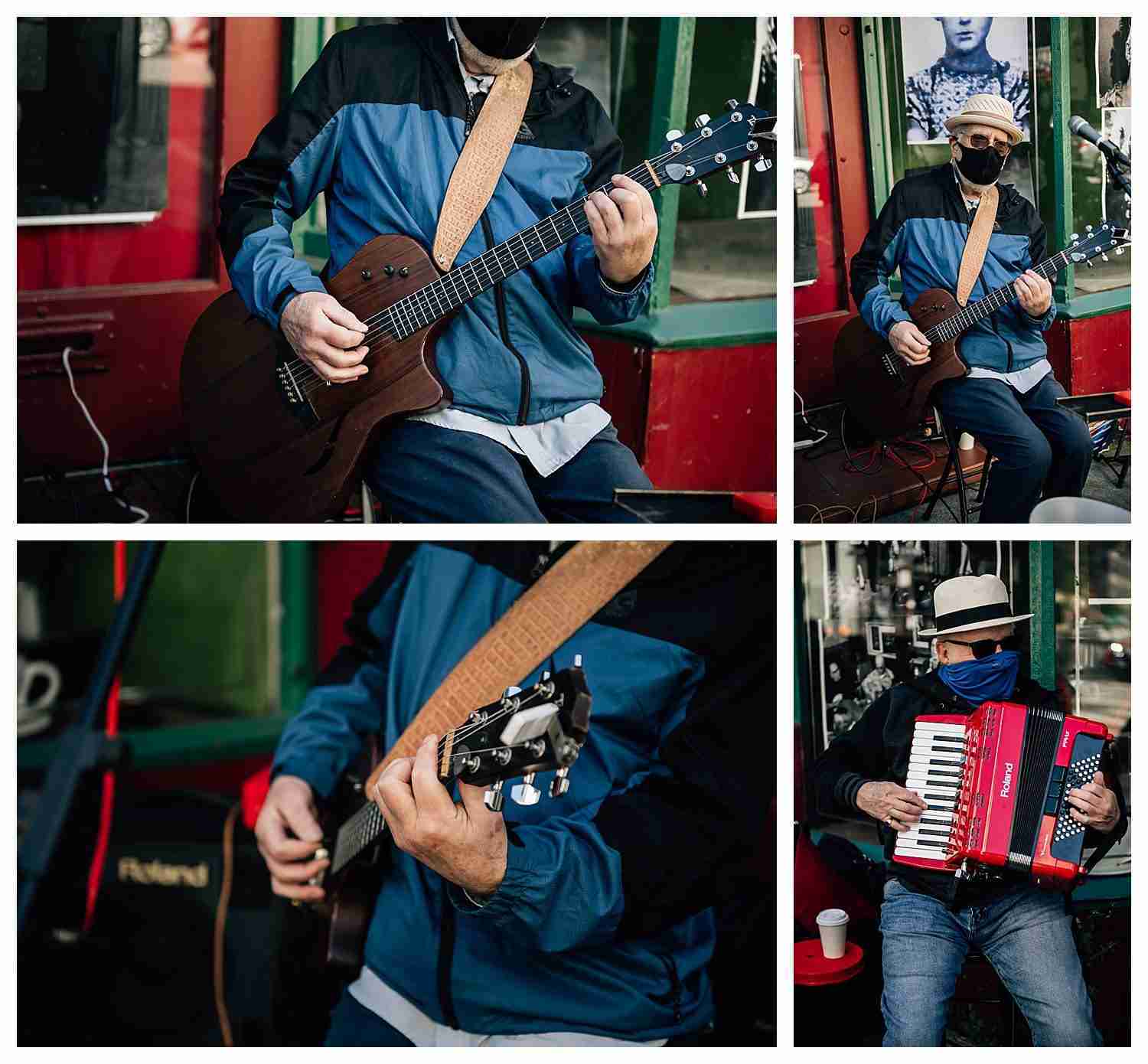 He also has a very interesting history with Caffe Trieste. Ron’s father was a blind guitar player who also played at the Caffe. In fact, there was a photo displayed in the window that showed his dad. 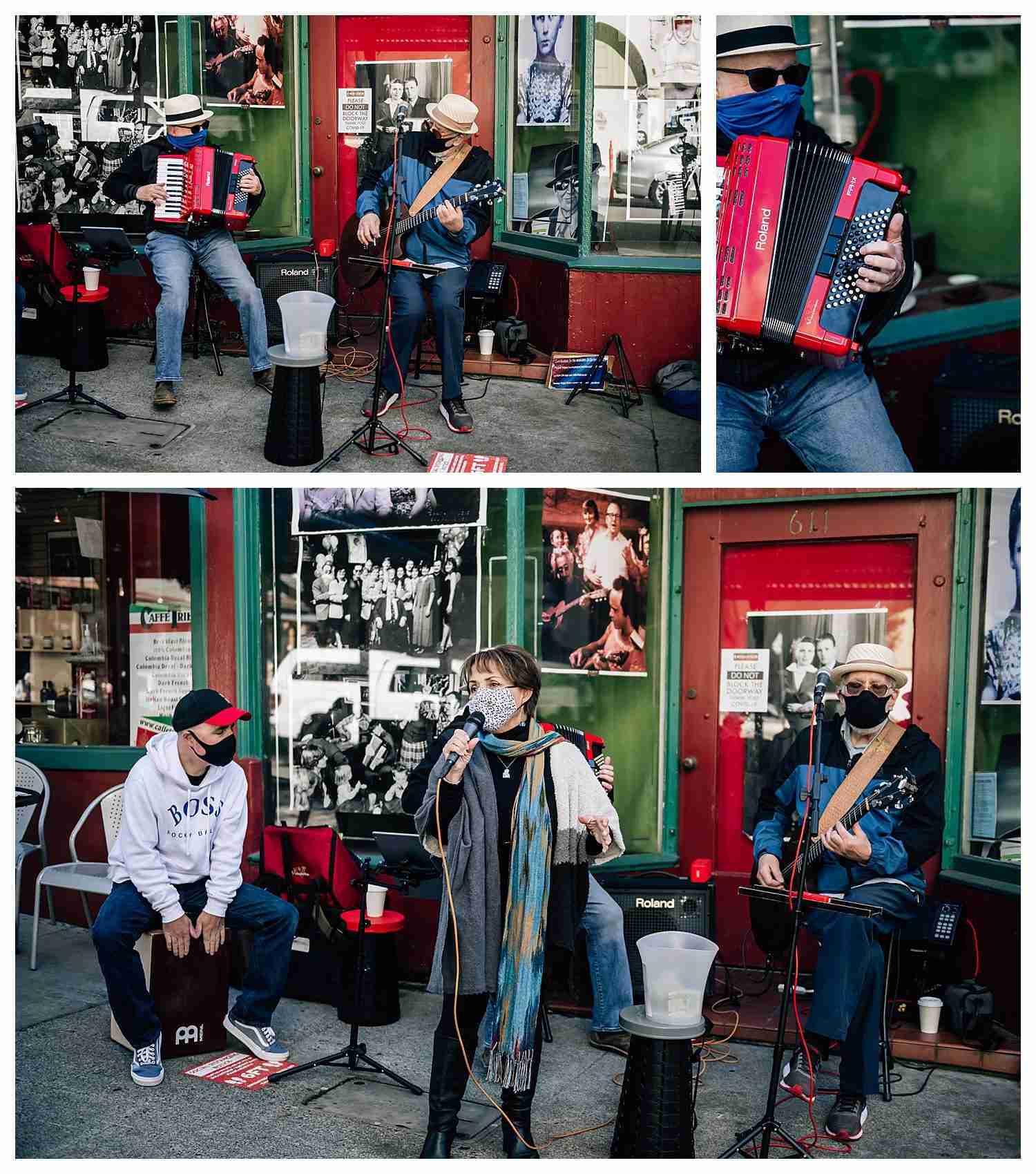 We stayed to enjoy a number of songs before continuing on. If you’re looking for entertainment for your next event, make sure to look these guys up. You won’t be disappointed. 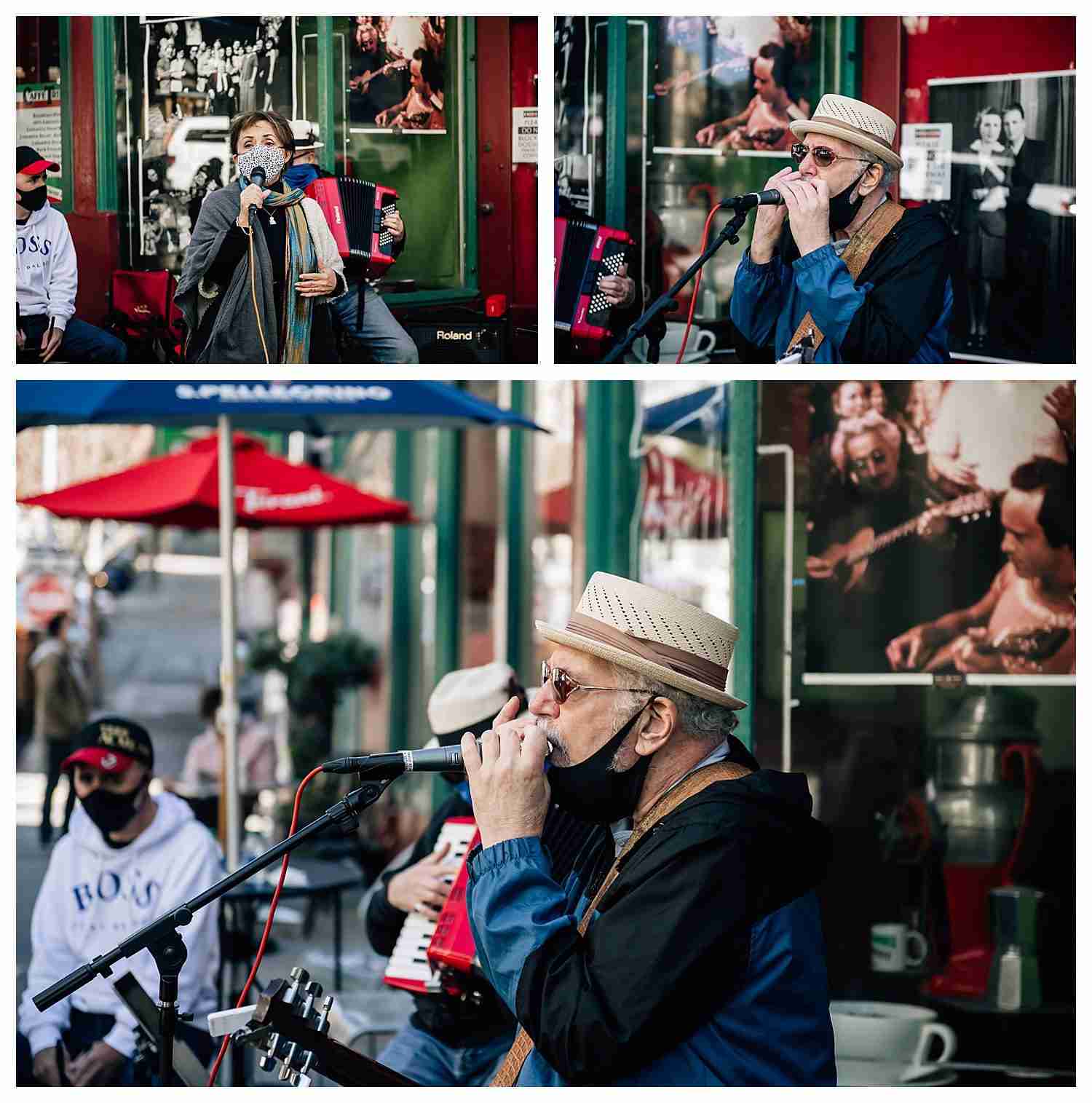 Thanks for the great music, and thanks for chatting. 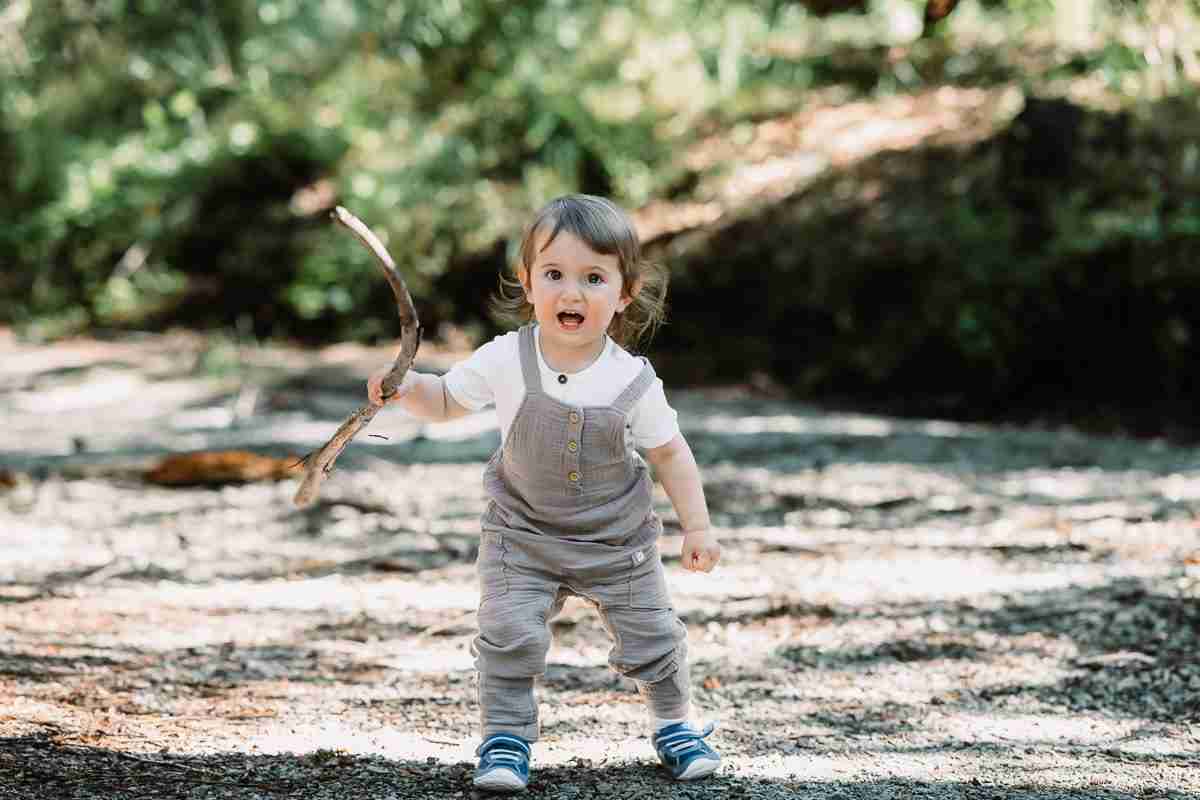