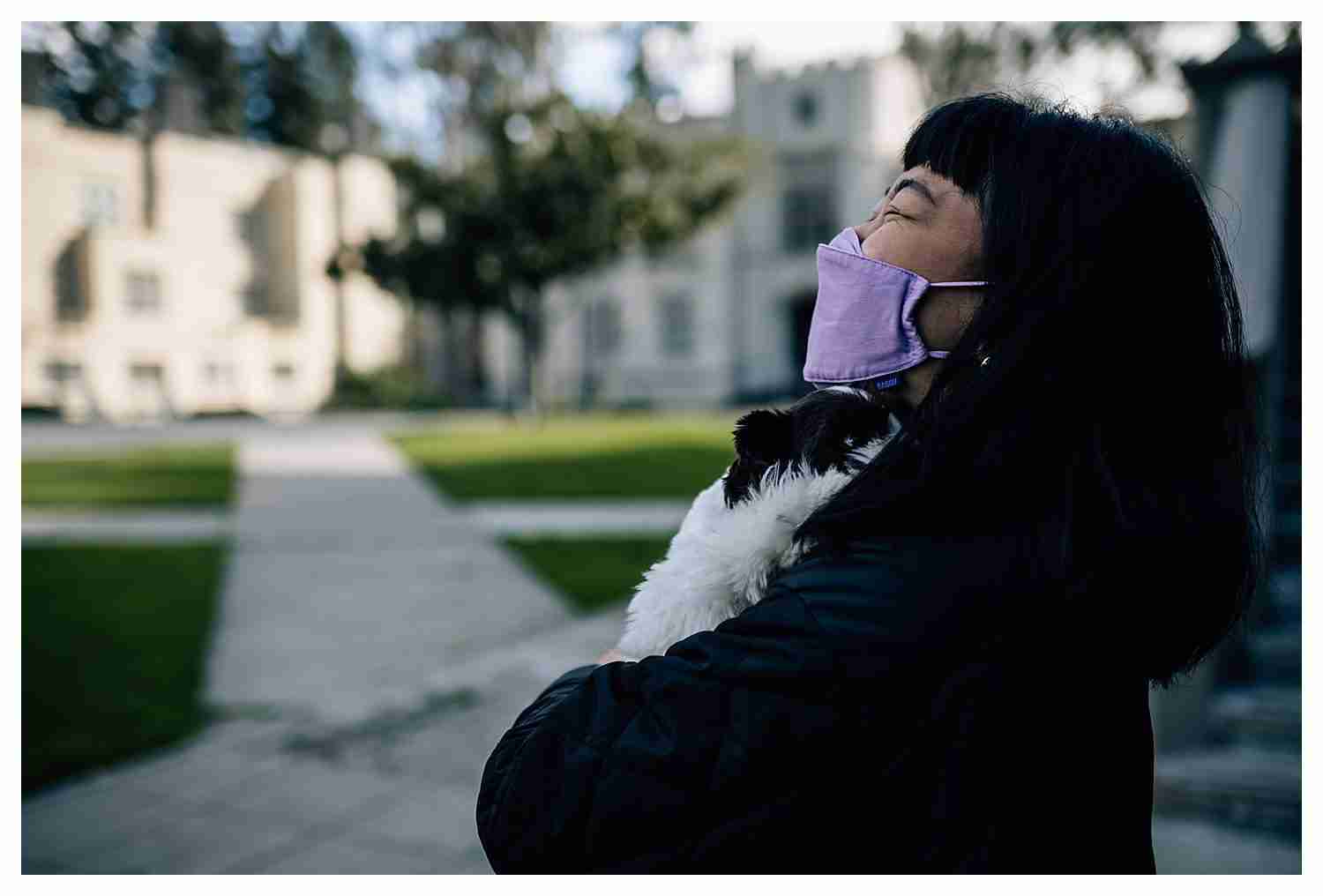 If you’ve been following along, you know that meeting and talking to strangers is not something that comes naturally to me. In fact, the thought of approaching a stranger and asking to photograph them used to be something that I couldn’t do. Just the idea would cause my stomach to be in knots and start my heart racing.

So when I came across the 52 Strangers Project, I knew it wasn’t something that I wanted to do; it was something I needed to do. And guess what? It’s getting easier. Don’t get me wrong. I still get butterflies, and often I will walk past someone a couple of times before I get the nerve up to approach them, but I’m getting there.

I met Strangers #10 & 11 during a stroll through the UC Berkeley campus recently. I don’t know about you, but one of the things that I have enjoyed about the past year is being outside. Growing up, I lived in the country, and if I wasn’t in school, I was outside. On weekends I’d leave my house in the morning and often wouldn’t go home until dark. My friend and I were always on the go. First on our bikes, sometimes on a horse, then on ATV’s and eventually we were old enough to drive. I loved being outdoors as a kid, and that hasn’t changed.

Most weekends, you’ll find me with my husband hiking the hills, biking around the bay, or wandering the city. But, as I said, this particular day, we were walking around campus. It was a beautiful day, and we weren’t the only ones out enjoying the day. 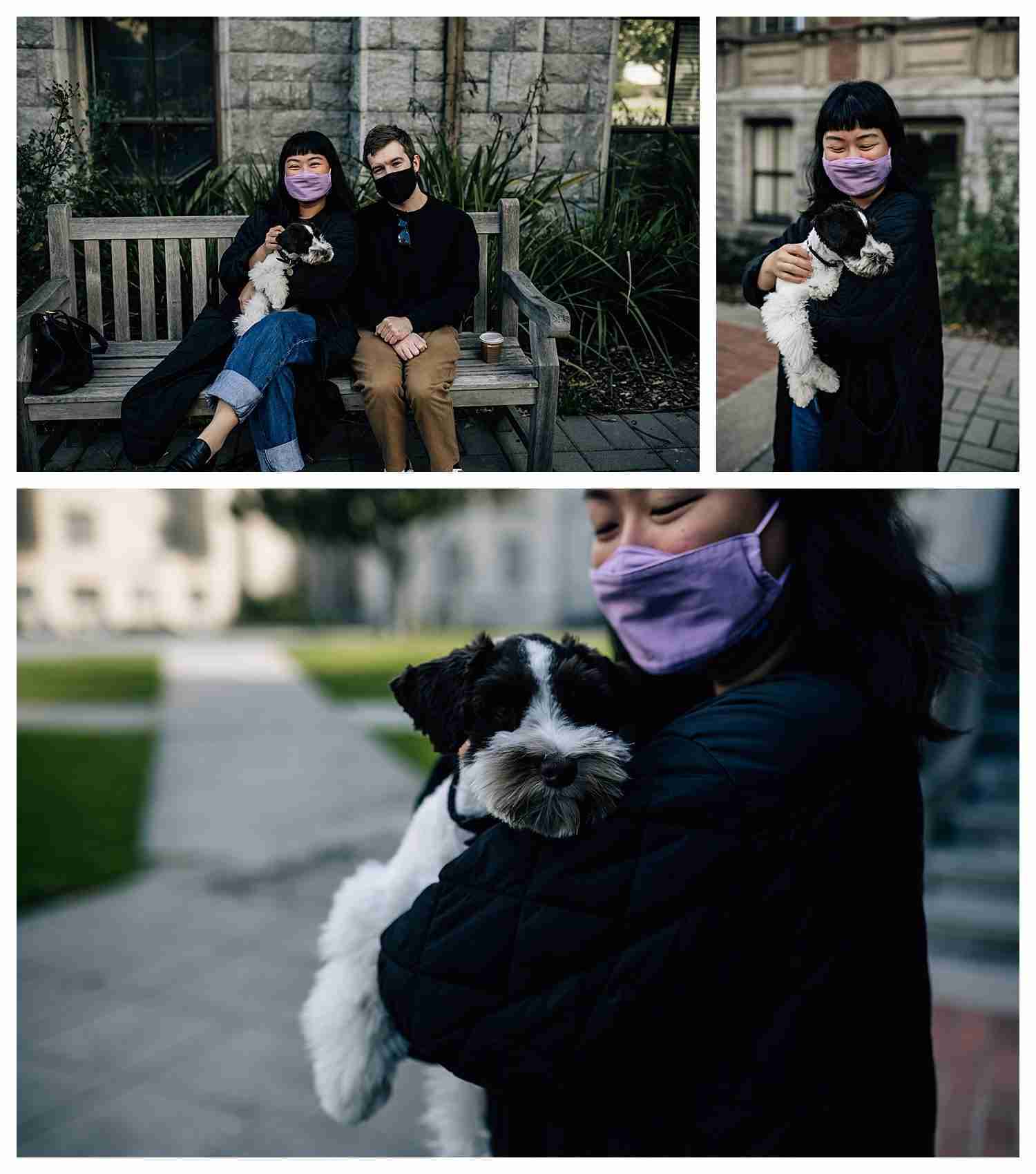 Katherine and her partner Aaron were out enjoying the day with their dog, Kraus, a beautiful Miniature Schnauzer. True to the breed, I learned that Kraus was a digger. I once had a Mini Schnauzer, and I swear I thought he would dig a tunnel under our house!

Katherine and Aaron both graduated from Cal. Even though they live in Oakland, they often visit campus on weekends with Kraus. 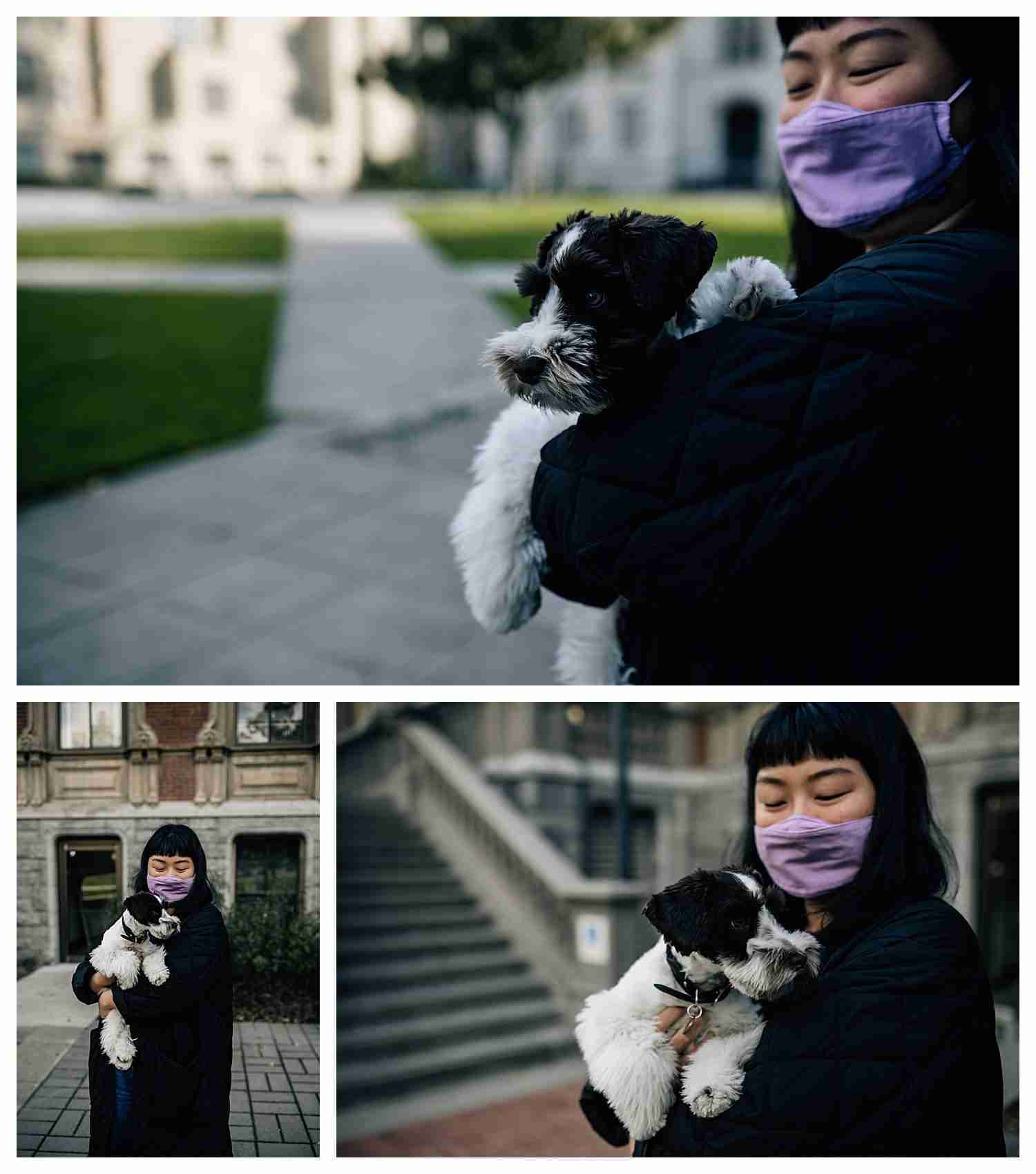 After playing with Kraus for a few minutes, we were off on our walk.

Thanks, Katherine and Aaron, for chatting and letting me visit with Kraus.

Be sure to drop a comment below to let me know you’re following along.