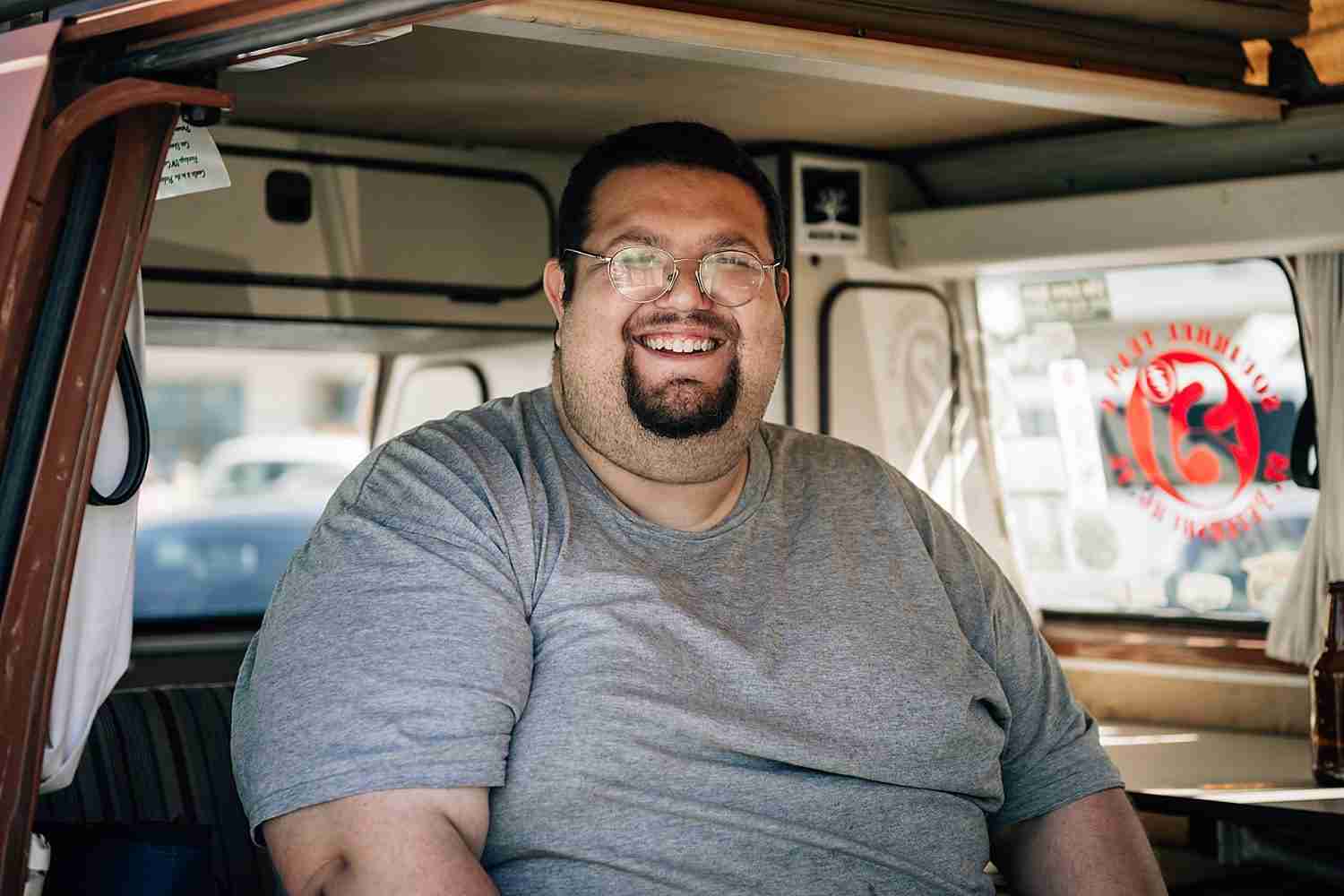 Did you know that today is the 71st birthday of the VW Van? Well I didn’t either. That is until I met Stranger #10.

This weekend was one of those weekends that makes me think I’ll never leave the Bay Area. While it was a bit chilly, the skies were clear and blue. During a bike ride to Treasure Island, I happened upon a group of VW enthusiasts celebrating the birthday of the VW van. They were gathered there to start a cruise through the city.

A Brief History of the VW Van

One particular van caught my eye and I began chatting with its owner. Jahnai was a wealth of knowledge about VW’s. It turns out that he was born into a VW family. His parents never drove anything else, so it’s only natural that he would also grow to love them. 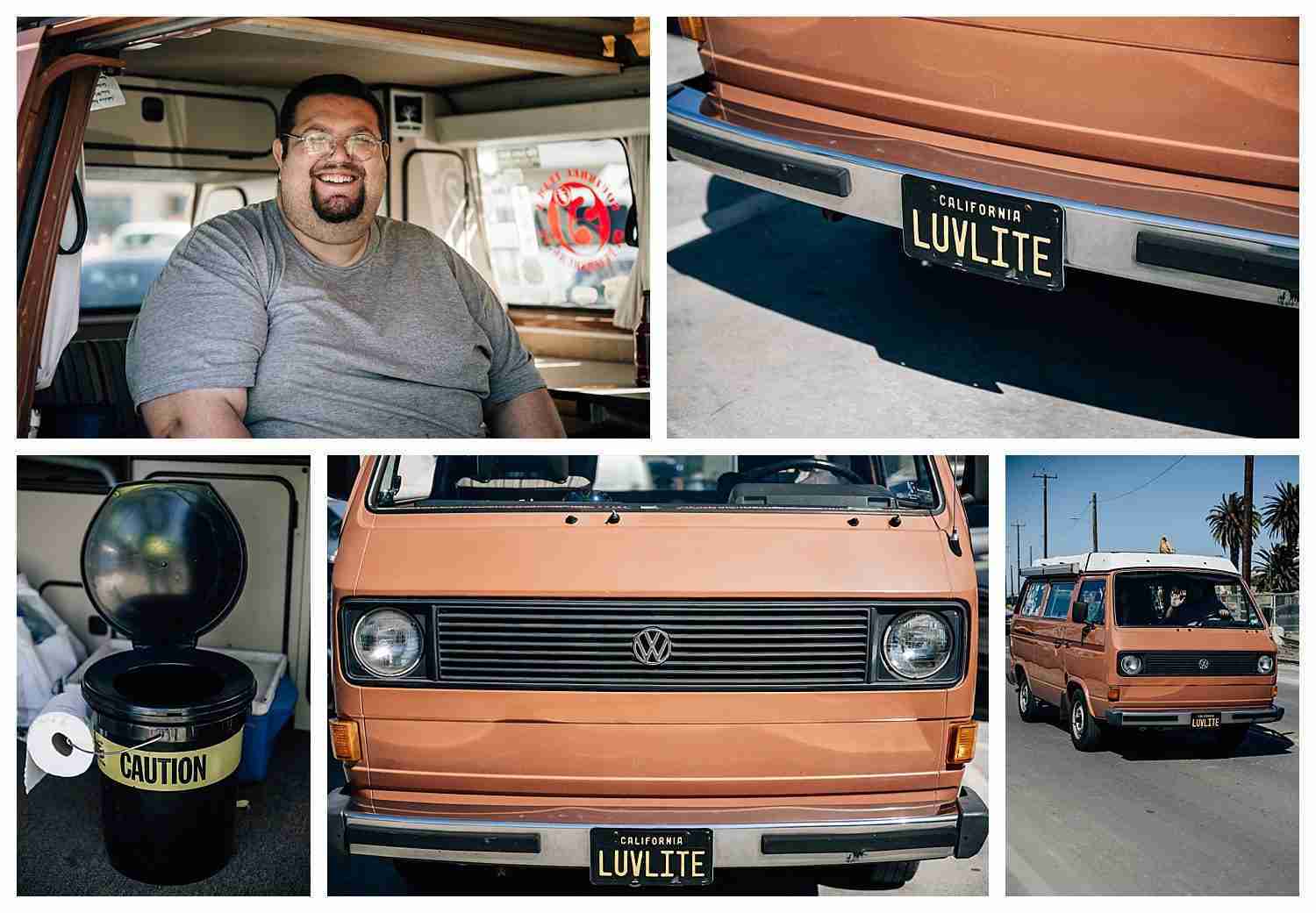 The van that he was driving is a 1982 Vanogon. According to Jahnai, 1982 was the last year of the air-cooled VW vans. He acquired this particular van several years ago. It had a blown motor that he replaced, but almost everything else, down to the paint, is original. This van is one of 5 or 6 that he owns. 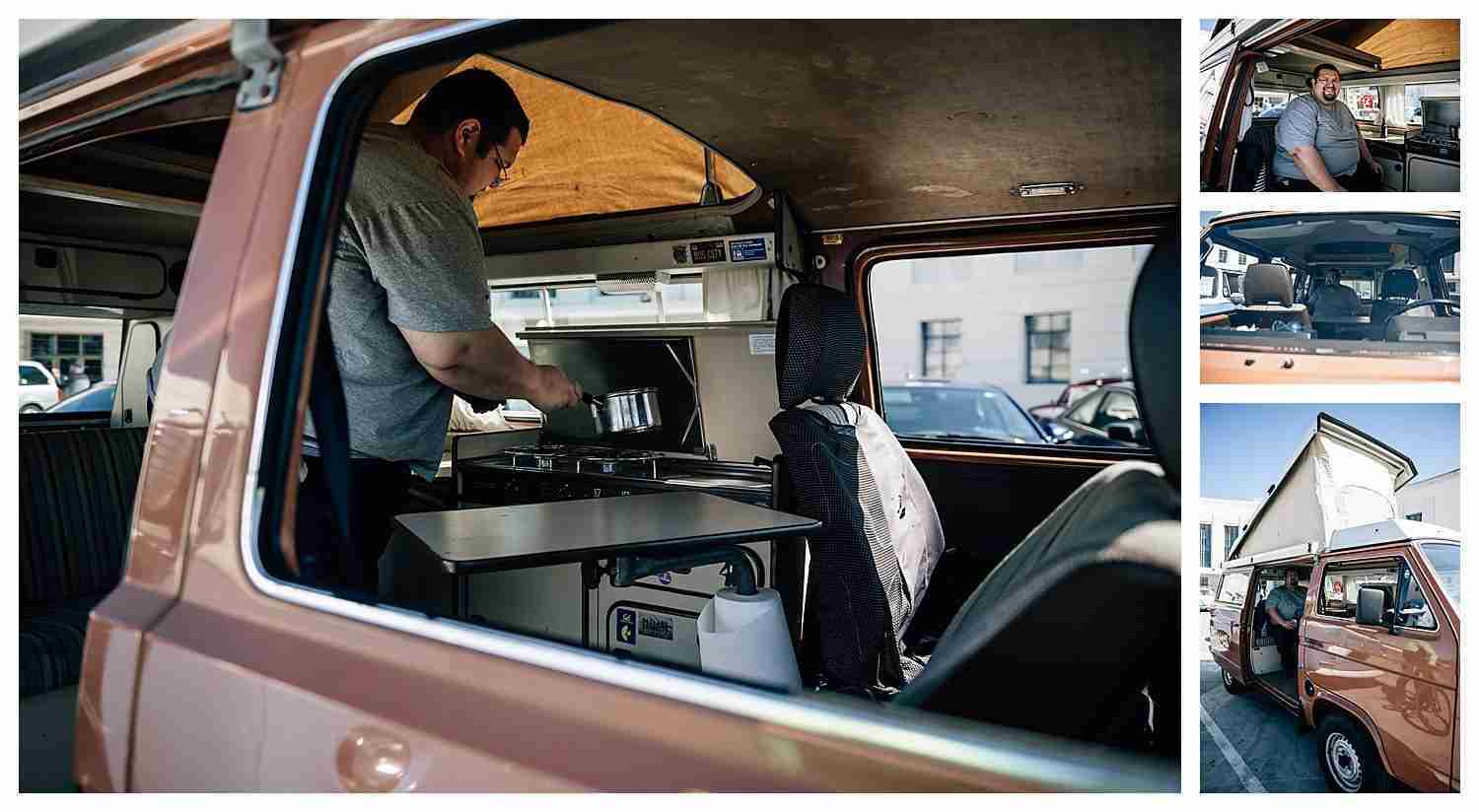 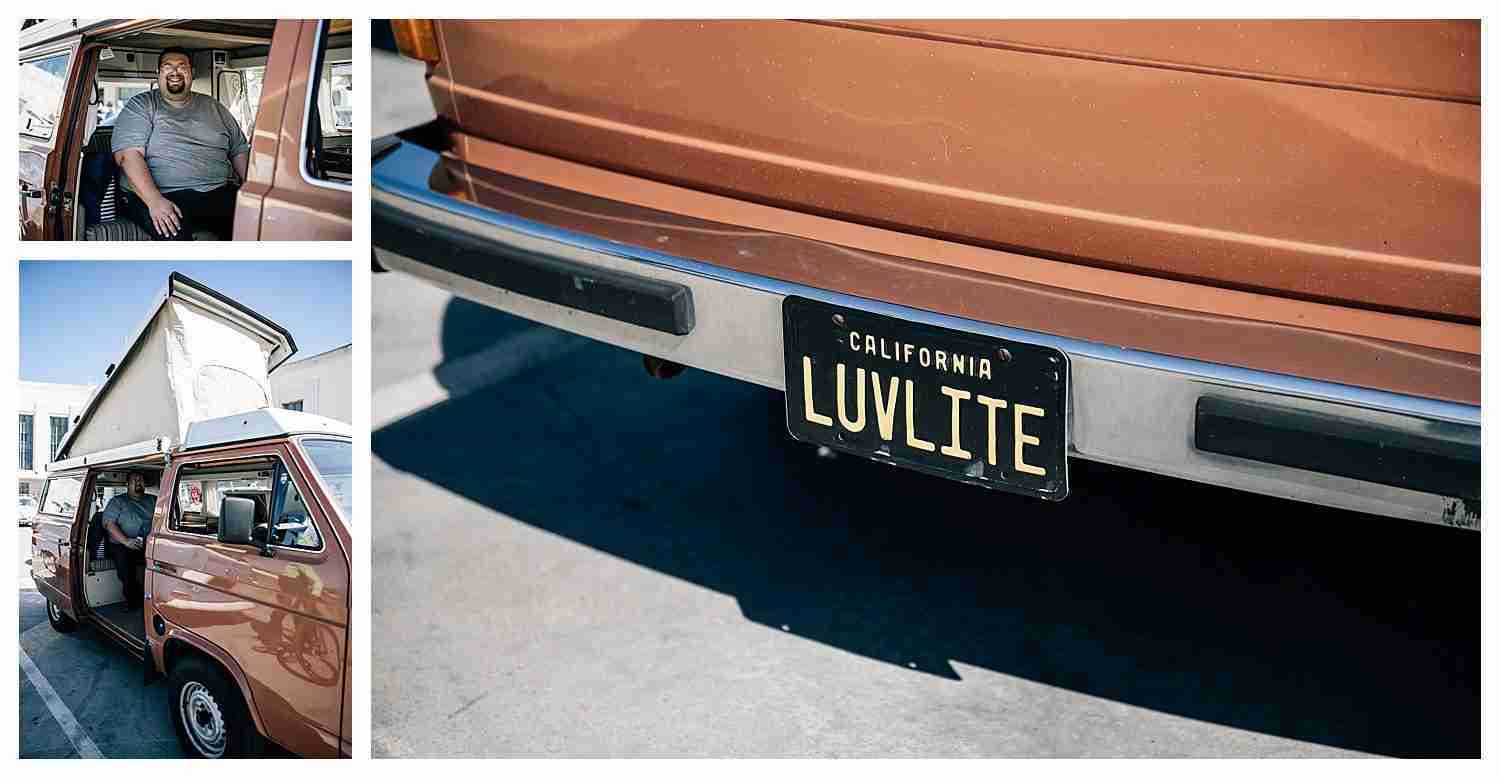 He told me that the original owners were Deadheads, and actually followed the group in their van. He was also a big fan of Jerry Garcia. I didn’t tell him that I’m a not fan Jerry Garcia, but I love Cherry Garcia!

Everything, Including the Kitchen Sink

I asked him to show me the van’s features. It has everything you would need for a trip, right down to the composting toilet! He gave me a tour of the galley, with its fridge, sink, and 1 burner stove. The top of the van pops up and there is a sleeping area above. In addition, the couch turns into an additional sleeping area. Oh, and about that toilet, it’s just for show, he uses it for a trashcan! 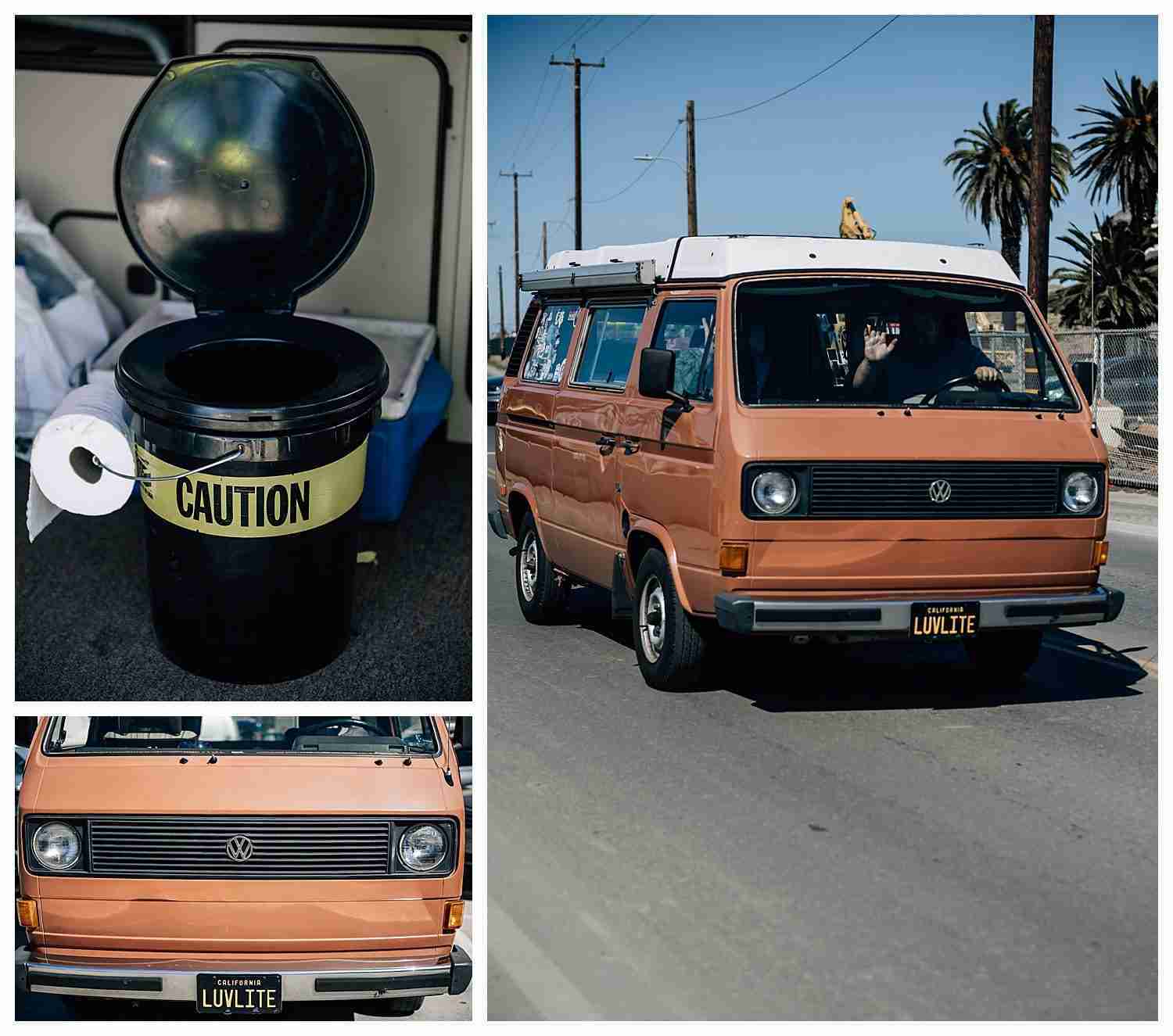 Would you be surprised if I told you that Jahnai restores VW’s for a living? I sure wasn’t! So if you’re looking to restore an old VW, be sure to look him up at LaVere’s in Concord.

Pretty soon the group was ready to cruise the streets of San Francisco and off they went, flashing peace signs and waving. 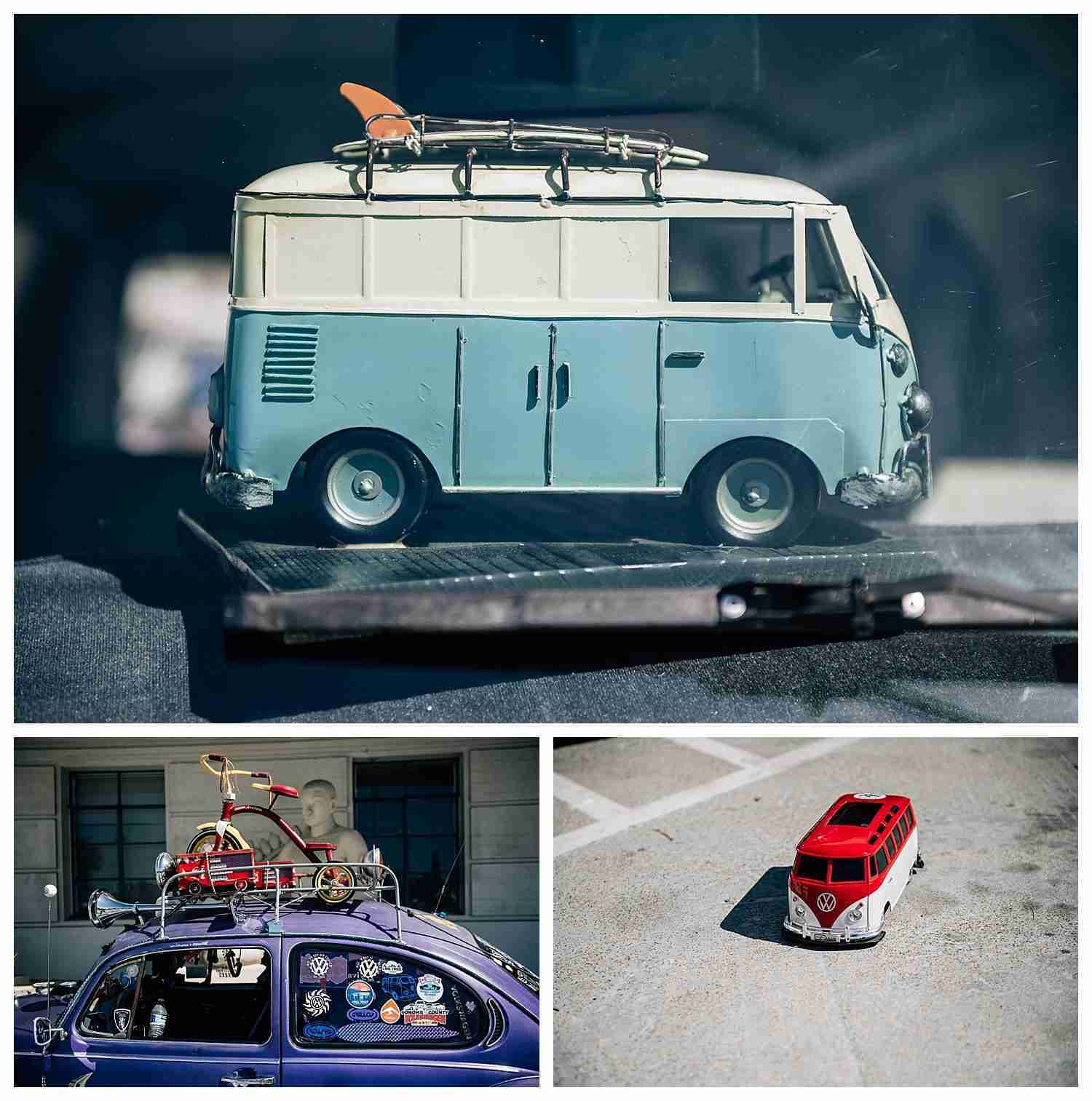 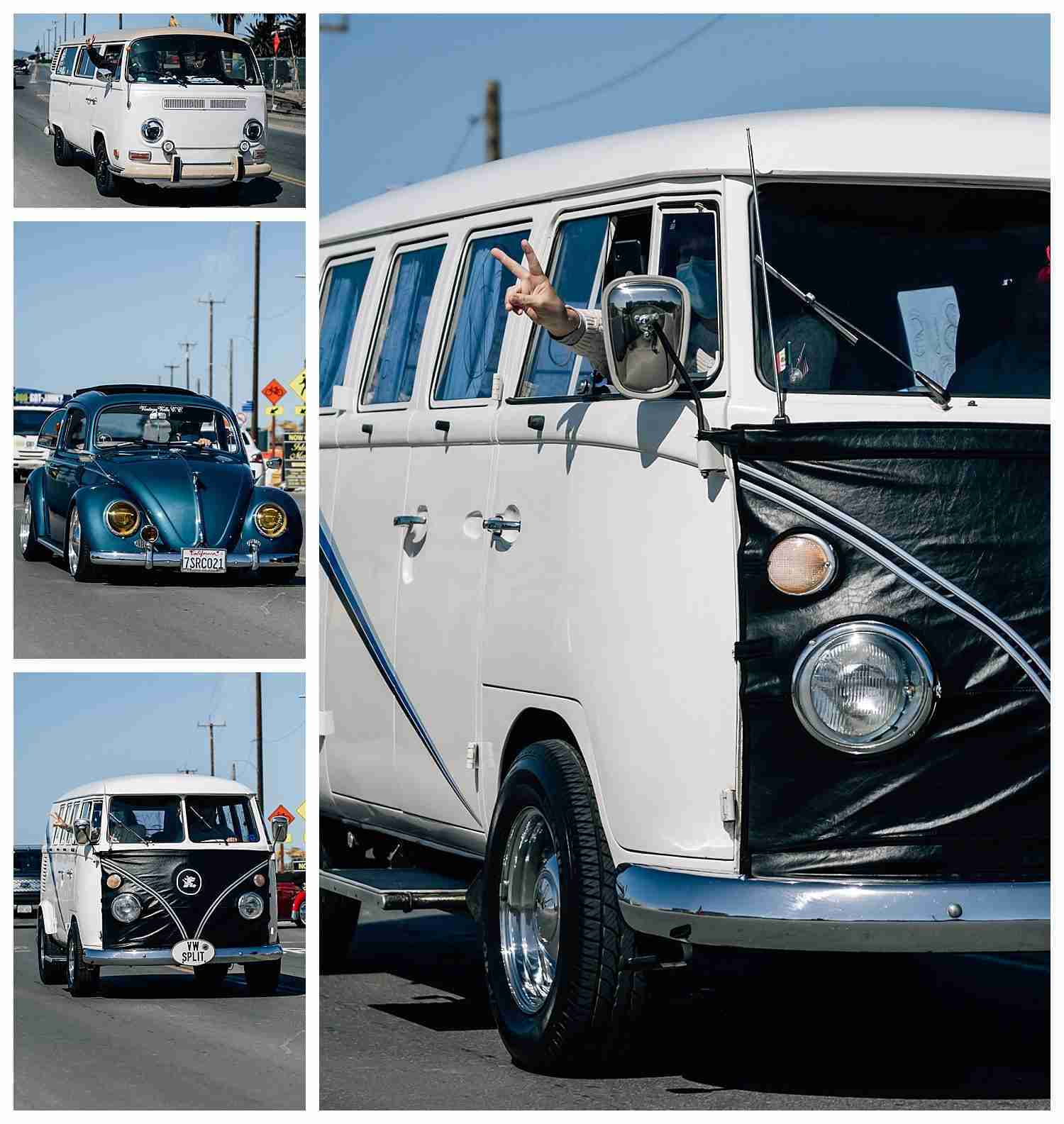 So Happy Birthday to the VW van and to Jahnai. That’s right, it’s only fitting that Jahnai shares a birthday with his beloved VW vans! 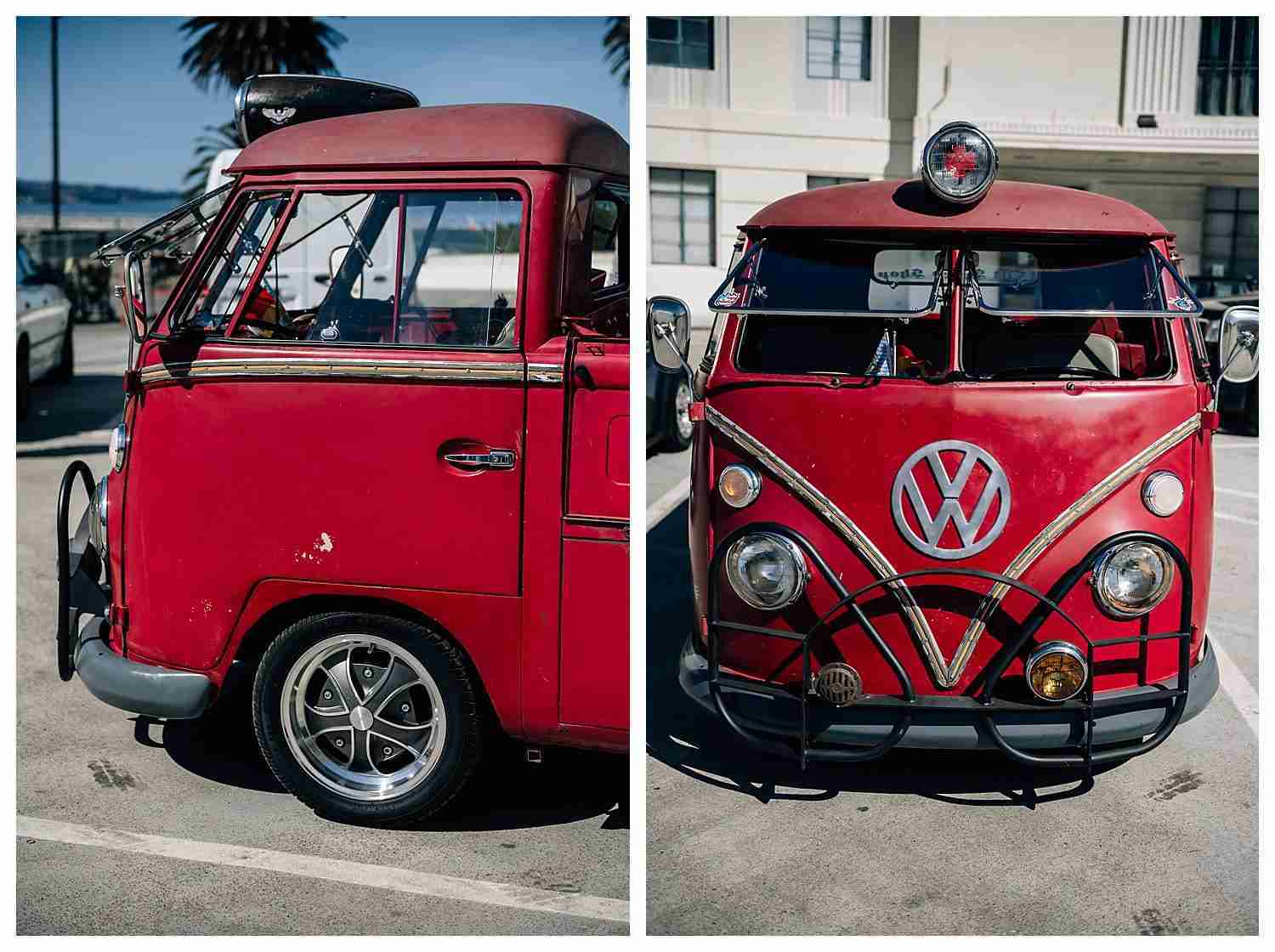 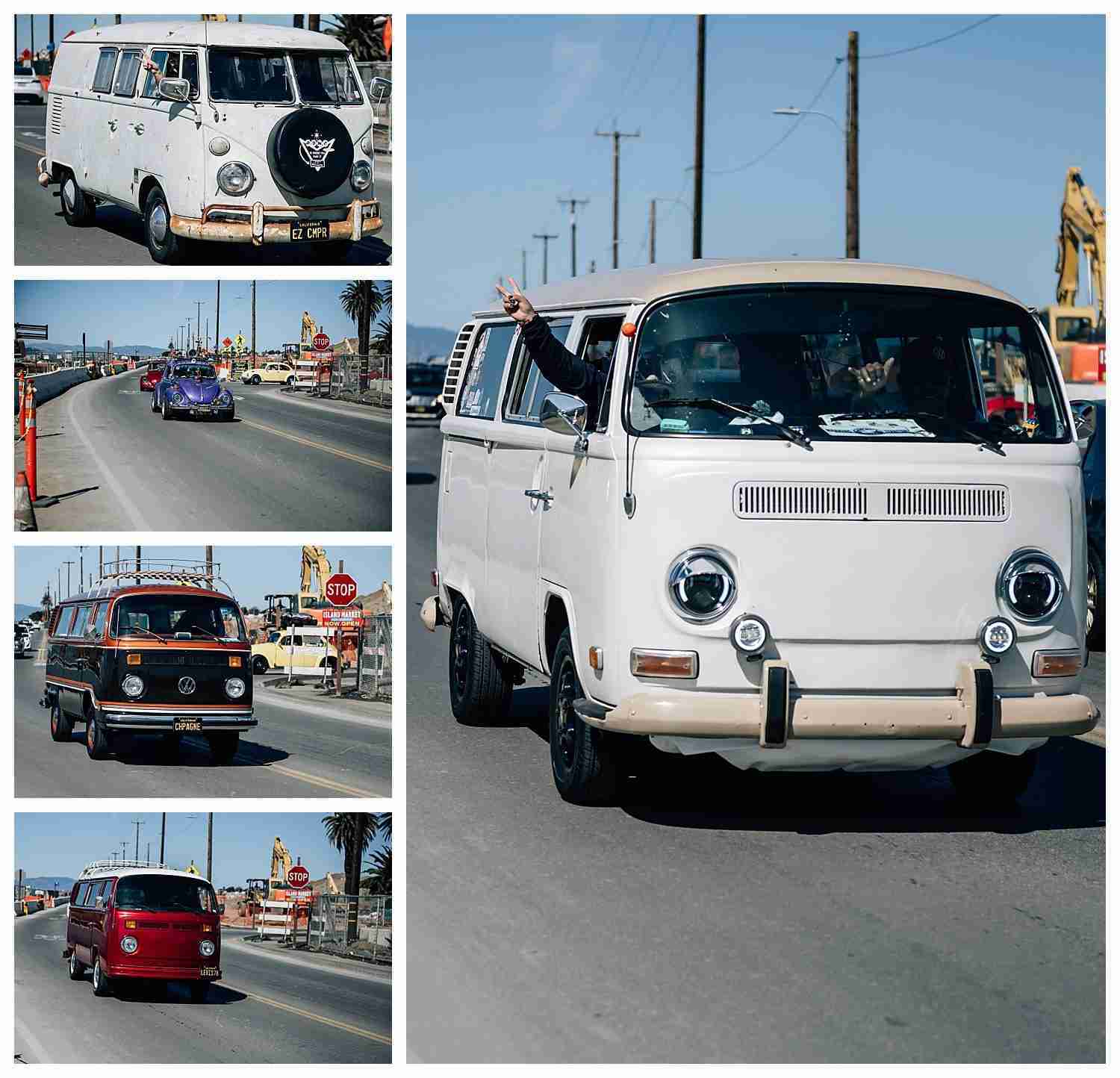 Thanks, Jahnai, for chatting and sharing your love of all things VW.

Be sure to come back next week to see who I meet next.