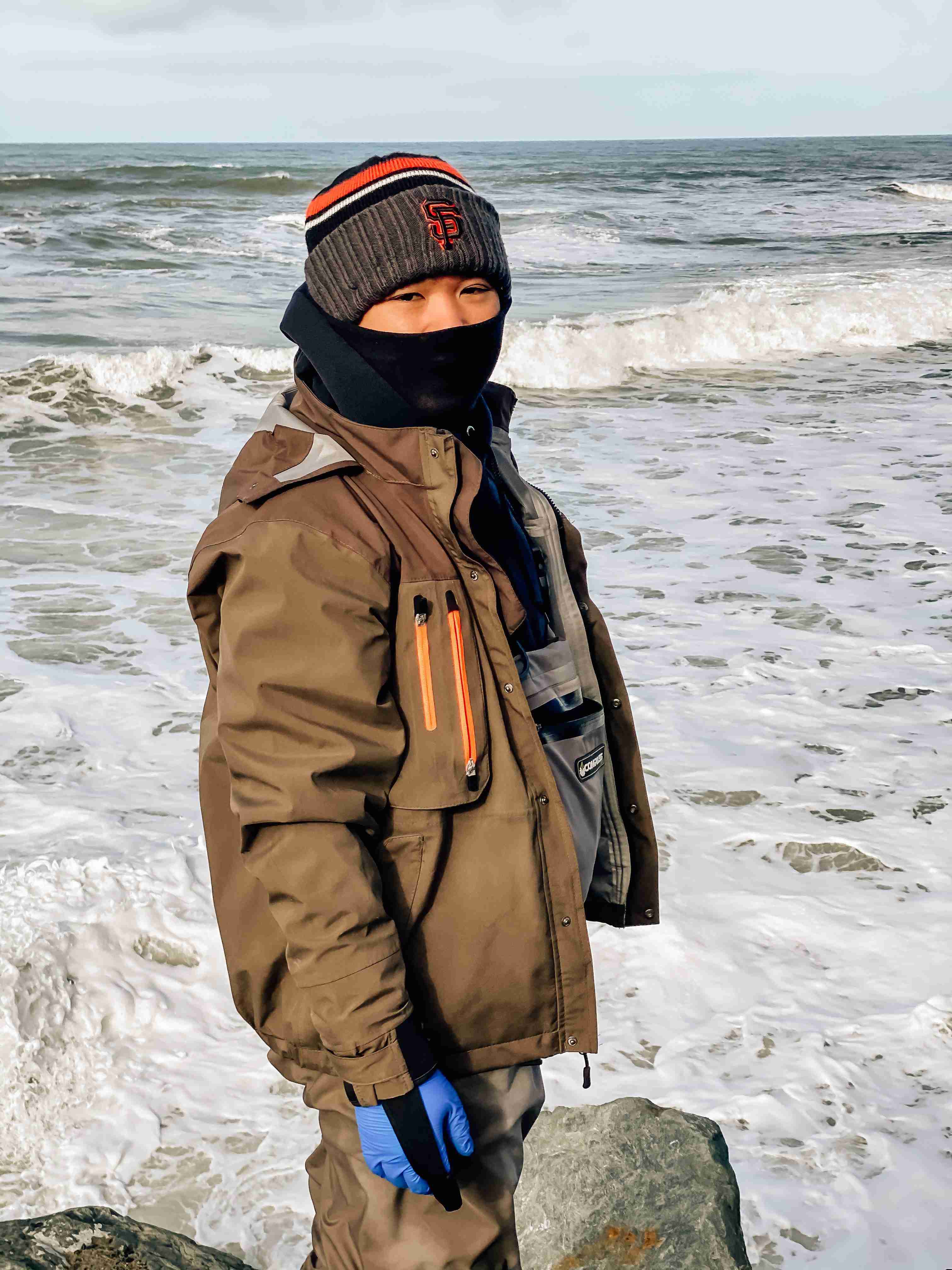 It’s hard to believe that we are already 7 weeks into 2021! It’s still not easy for me to approach complete strangers and ask to photograph them, but maybe, just maybe, it’s getting a little easier. It still ranks high up on my list of things I’d rather not do!

Recently my husband had an appointment in San Francisco, so we decided to drive down the coast afterwards as the waves had been really incredible recently. We exited in Pacifica and found our way to Mussel Rock Park. Apparently the area has an interesting history. It is known as the point at which the San Andreas Fault crosses onto land. It was also the location of a 19th century railroad project and coastal highway project. There is still a visible tunnel through the rocks that was used by bootleggers and smugglers during Prohibition to hide contraband liquor.

You can see Mussel Rock just offshore. From the viewing area you can watch the waves crashing on to the rock. There are multiple trails throughout the area, and it is a popular paragliding spot.

Is it fishing if you aren’t catching fish?

It was at the far end of one of these trails that I met Stranger #7, Tony. Tony was in the area fishing for crab. Wait, is it still called fishing if you aren’t catching fish? Anyway, there was Tony high up on the overlook waiting for the tide to go out so that he could get down to the beach. 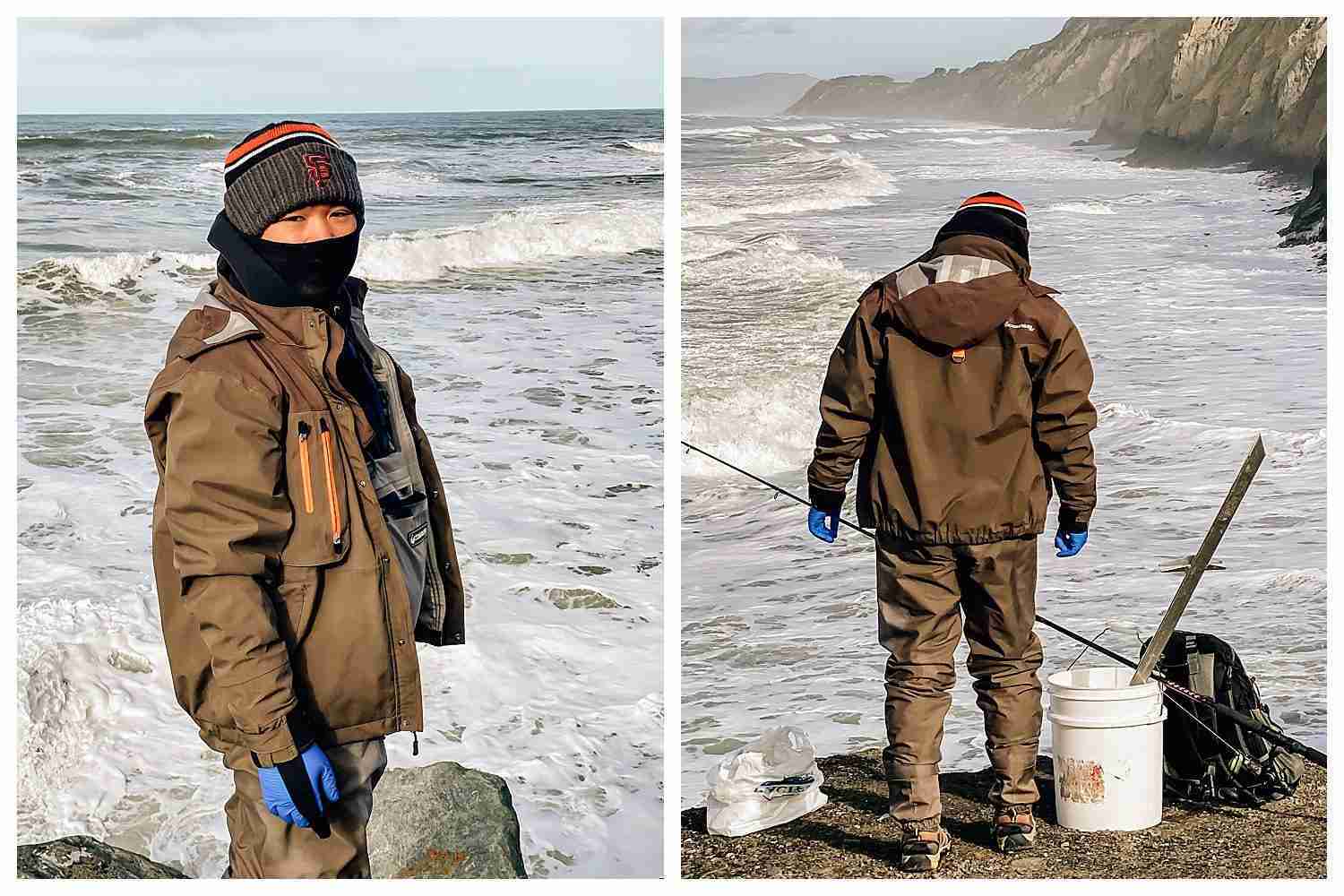 The path down to the beach was steep and rocky. Long ago someone constructed a crude hand-rail of sorts, complete with a smily face and googly eyes.

Tony lives in the area and comes to this spot to catch Dungeness crabs a few times a year. He told me it was a good spot since it wasn’t crowded. It was quite a hike from the parking area, and not many people are willing to haul their equipment that far.

I asked him to show me his technique, and he patiently showed me the crab snare he uses. Crabs aren’t picky about what they eat, so he had a variety of stinky bait. 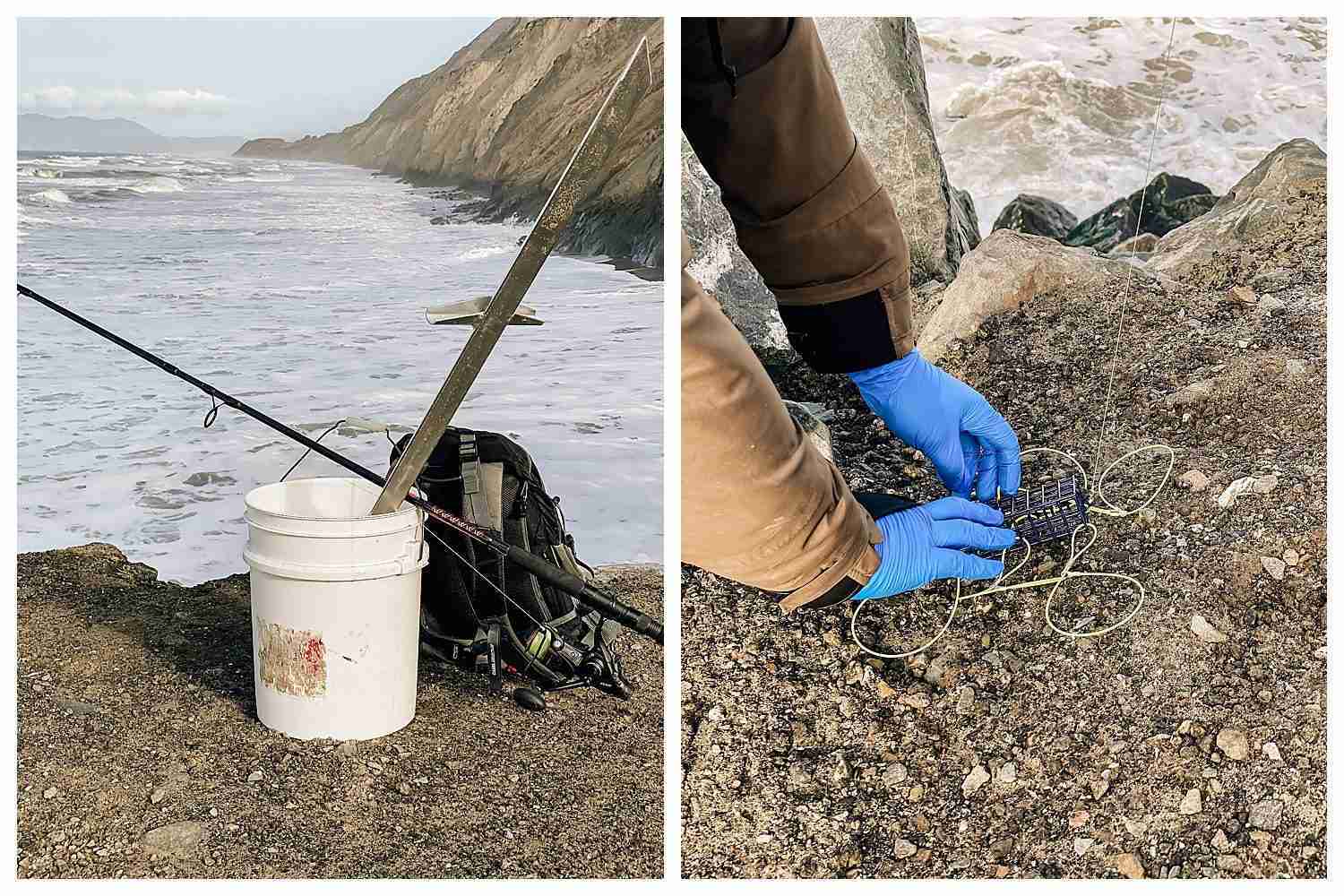 As we left to continue our hike, Tony was still waiting for his chance to get down to the beach. Less than an hour later when we circled back by, the tide had started to go out and he was down on the beach fishing. 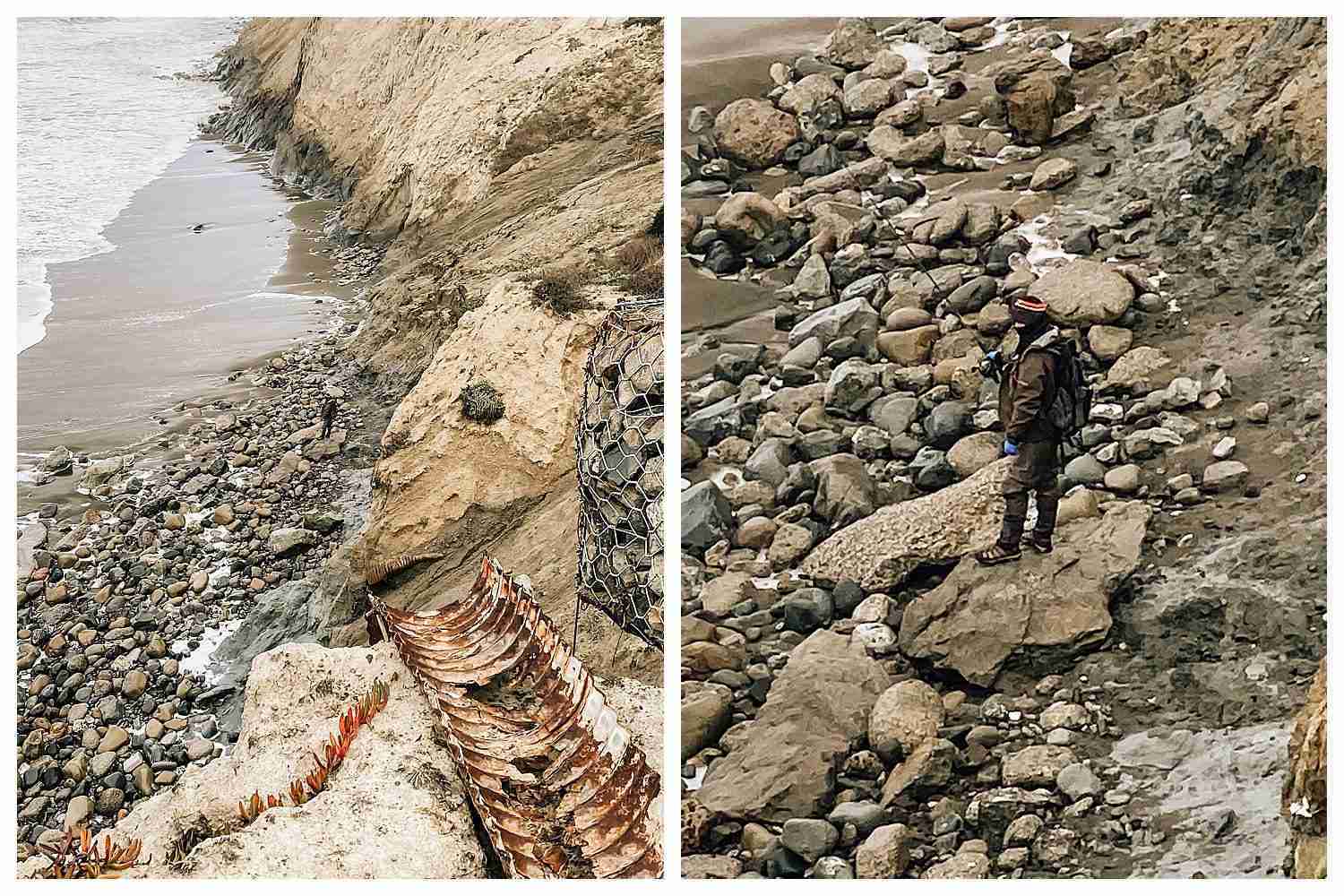 Thanks, Tony, for chatting and letting me photograph you. I hope you had a great catch.

Be sure to follow along each week to see who I meet next.